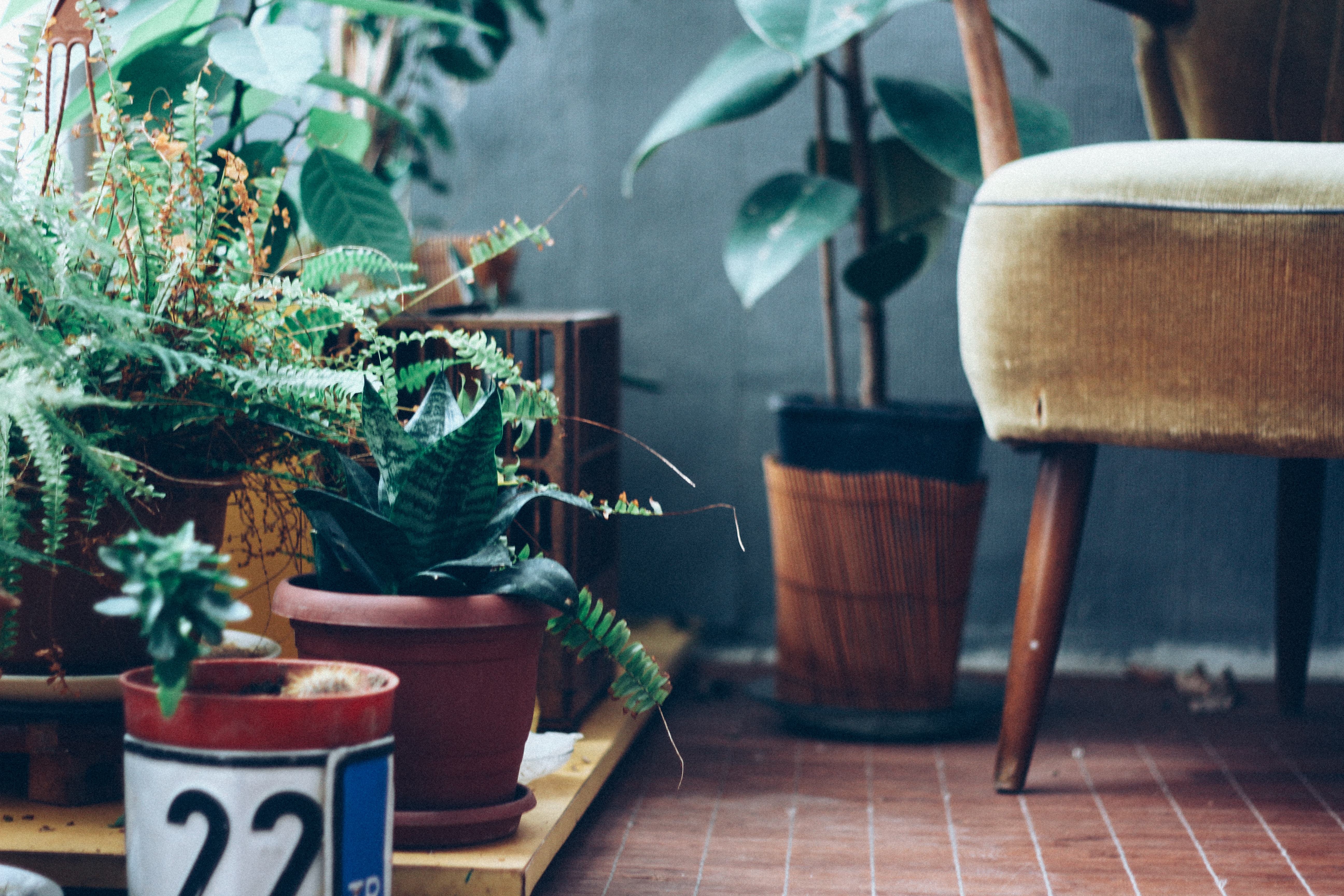 Air quality is something I deal with DAILY.

I absolutely love fresh air. I mean, who doesn’t?

My favorite is the fresh breeze you have in the areas with a lot of nature, anyplace with forests, mountains or beaches… Logically, there’s a lot less pollution from factories and transport. Tons of trees producing oxygen and more than enough plants that keep the air pure and clean.

I remember one of my most vivid experiences with ‘clean’ air is without a doubt when I traveled in the Scandinavian countries (Denmark, Norway, and Sweden). Yes, it was extremely cold, but I’ve never experienced the air so freakin’ fresh. It was like I could feel the energy the air gave me being absorbed by my body, phenomenal!

That being said, do you also enjoy the first couple of sniffs once you arrive in a new country by plane?

You’re finally able to get out of that fusty plane and your nose is the first to explore the new terrain you’re on. Whether it smells good or bad, it’s like a first impression.

And first impressions are first for a reason. It’s part of the country’s character.

So being in China, a country known for a pretty big air quality problem has made me investigate more and more how air affects you. What ‘pollution’ really means in regard to air quality and maybe even more practical to you and me, what we can do in our daily lives to decrease health risks regarding air pollution.

Luckily for my pack, we live in Nanning, a decently sized city in the South of China. And the great thing about Nanning is that compared to other major cities in China it has a pretty reasonable AQI (Air Quality Index). Amongst locals, it’s even known as the green city of the country.

In other words, it has plenty parks and besides the skyscrapers, you will find tropical flowers blooming. A definite deal breaker for our doggos and us.

But in all honesty, some days are ok, some days are horrible and very rarely some days are excellent. The masks you see everyone wearing here isn’t a joke. It’s not just about fashion, it’s measures taken to protect themselves.

It got me thinking… I can’t control the conditions outside, but can I do it inside?

Heck, yes you can!

I came across a research done by NASA (yes, I’m all fancy talking about the astronauts here) titled the NASA Clean Air Study

Its results suggest that certain common indoor plants may provide a natural way of removing toxic agents such as benzene, formaldehyde, and trichloroethylene from the air.

If you know me a little bit, you know I like the details… I want to know more.

Not to feed my fear but to gain knowledge and act upon it. So, I continued my research, what exactly is benzene, what’s formaldehyde and what the heck is trichloroethylene?

I might not be a chemist but I do really want to know how harmful it is and what can I do to prevent myself to the exposure of it. 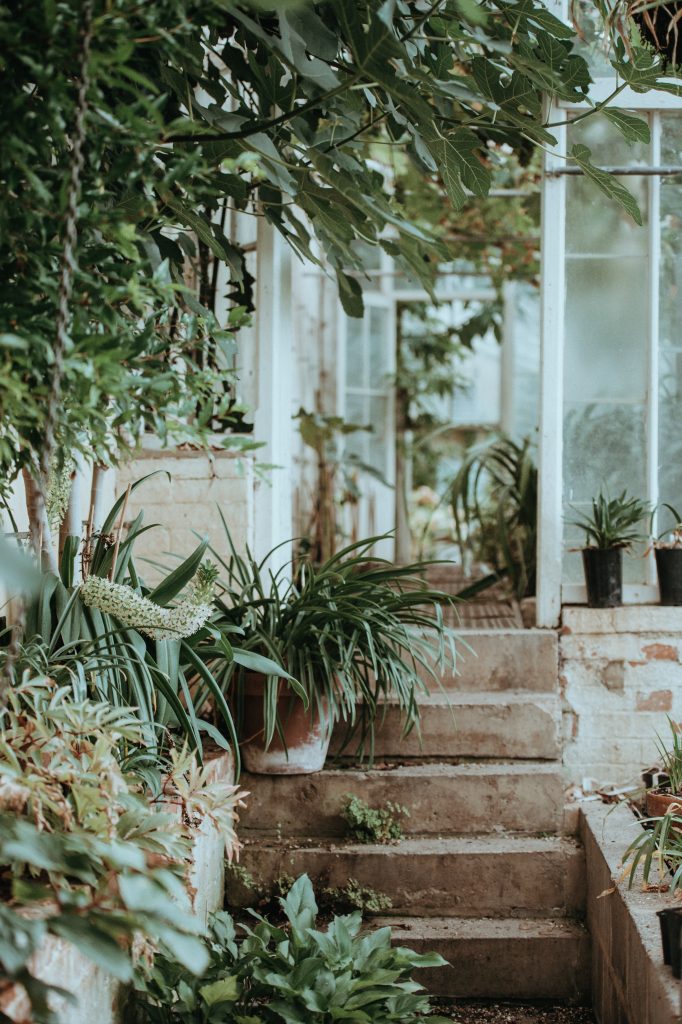 Click here for a summary of my mini-research into the chemicals benzene, formaldehyde, and trichloroethylene. Their health risks and daily uses.

The major sources of benzene exposure are tobacco smoke, automobile service stations, exhaust from motor vehicles, and industrial emissions. Benzene increases the risk of cancer and other illnesses and is also a notorious cause of bone marrow failure.

The American Petroleum Institute (API) stated that “it is generally considered that the only absolutely safe concentration for benzene is zero”. In other words: there is no safe exposure level; even tiny amounts can cause harm.

The safety of formaldehyde is very complicated. It occurs naturally and it’s a so-called essential intermediate in cellular metabolism in mammals and humans. In other words, just a couple of milliliters won’t kill you.

The main concerns are however associated with chronic (long-term) exposure by inhalation. The highest levels have been detected in indoor air, where it is released from various consumer products such as building materials and home furnishings.

Formaldehyde has also been detected in ambient air. The major sources appear to be power plants, manufacturing facilities, incinerators, and automobile exhaust emissions. Another important source of formaldehyde is from smoking.

Furthermore, formaldehyde inhalation has also shown to cause oxidative stress and inflammation in animals.

Acute and chronic inhalation exposure to trichloroethylene can affect the human central nervous system, with symptoms such as dizziness, headaches, confusion, euphoria, facial numbness, and weakness.

The main use of trichloroethylene is in the vapor degreasing of metal parts and as an extraction solvent for greases, oils, fats, waxes, and tars. It evaporates easily, contaminating the air around.

Hmm.. this all sounds pretty overwhelming. But after a short reality-check, I realized that in normal households like yours and mine, we aren’t overexposed to these chemicals. However, having plants purify the air will positively contribute to the indoor air quality.

It still amazes me how nature is so incredible. That there are actually plants that can take all those nasty pollutants and transform them into healthy particles. They literally purify the air. AMAZING!

The following list of plant results is from that NASA clean air study. If they can survive in space, I’m sure you will be able to manage! 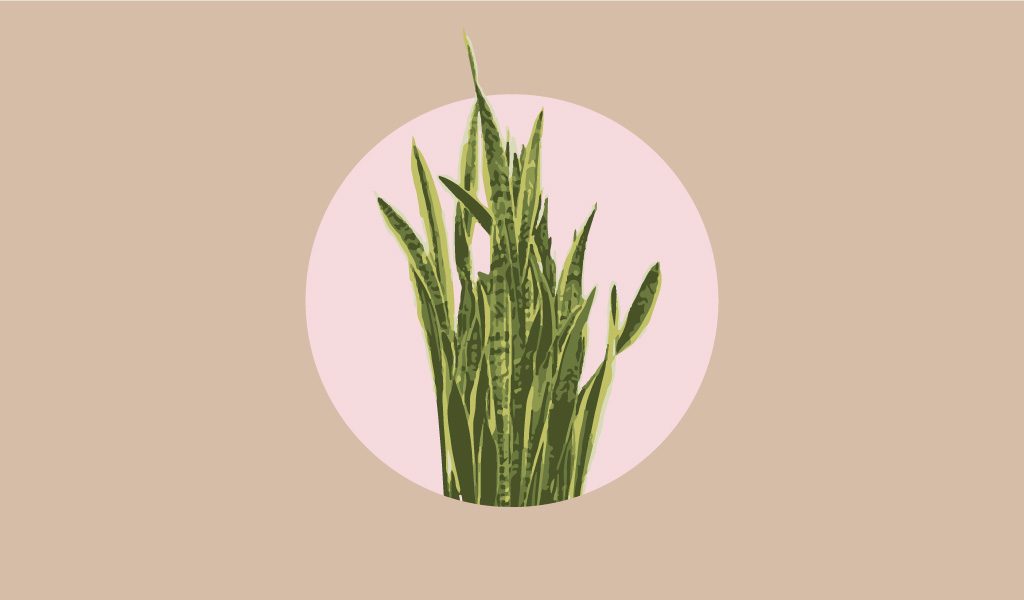 First one on the list is one that is sooooo easy to take care of that literally anyone could do it. In winter, it only needs water like once every couple of months, so you don’t even need to hire in a plant-nanny when on vacay. To stay within the China vibes and because I like to share fun facts: tiger’s tail orchid is the translated Chinese name. Absolutely love it!

It’s also a winner when it comes to cleaning the air, purifying benzene, formaldehyde, and trichloroethylene. And it’s a winner because it’s one of those plants that have survived all our relocations. Which absolutely deserves an applause. Bravo!

To be mentioned: the leaves are toxic to animals. But in my personal experience, the leaves are so stiff that none of our animals have shown any interest. 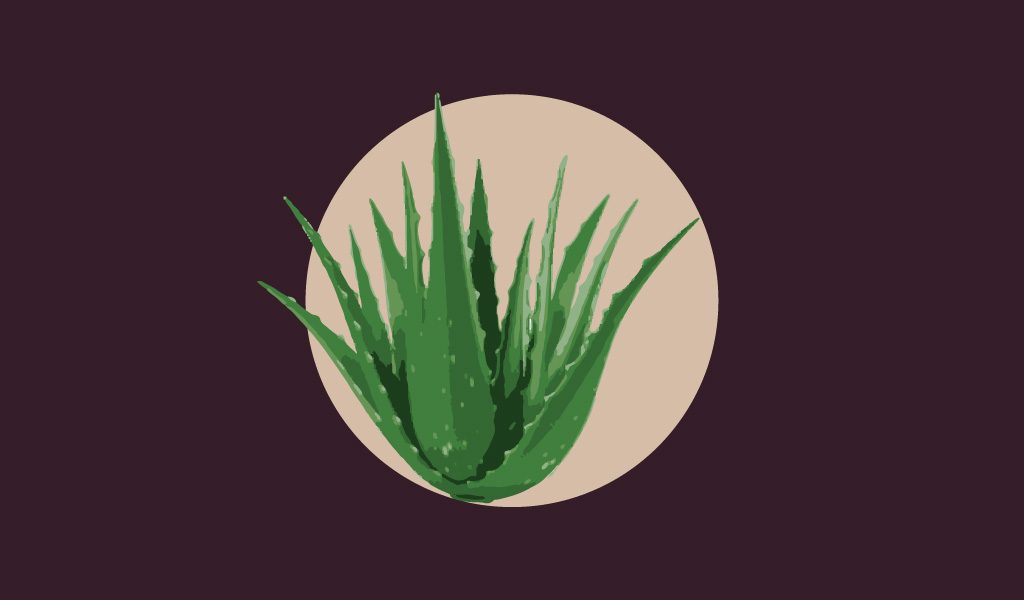 Aloe Vera might just be one of my all-time favorite plants. Not only because it purifies benzene and formaldehyde but because of all its other benefits as well. A cut? Aloe gel! Sunburnt? Aloe gel! In need of a lovely moisturizing face mask? Aloe gel!

By gel I mean the gel inside the leaves, slice it open en you’ve revealed one of nature’s best secrets.

Once, in the Philippines I got so terribly sunburnt it wasn’t cool anymore (snorkeling, anyone?). My skin was burning, headaches, emotional outbreaks… But there were aloe vera massages, in shaded beach huts. Paradise on earth!

In summer, they can have lovely flowers, but even without, I think they are prit-tay!

Taking care of an Aloe is pretty easy too, in the wild it grows in desserts… so it doesn’t need much water to survive (win!). The soil should even completely dry up before watering it again. As it loves sunlight, a spot close to the window would be appreciated by your second-best friend.

Aloe is also officially listed as a toxic plant for pets. So take this into consideration when placing them. 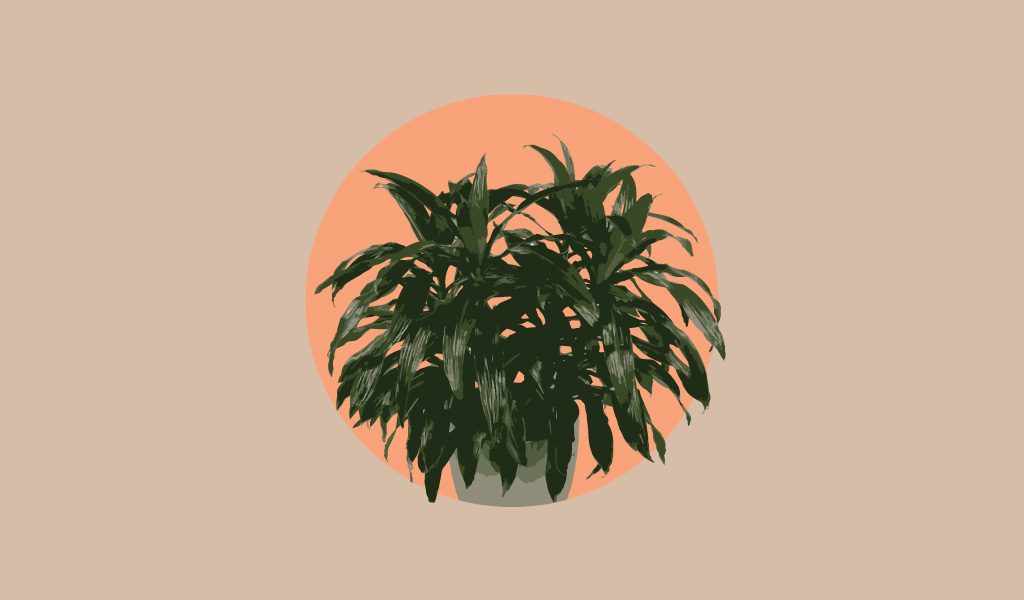 Janet is lovely as it doesn’t need much light to survive, so it will do well in darker corners. Water once a week and you’re done. Purifies all three benzene, formaldehyde and trichloroethylene. #cleanairalltheway

Be aware of placement for your pets as it’s leaves are toxic. 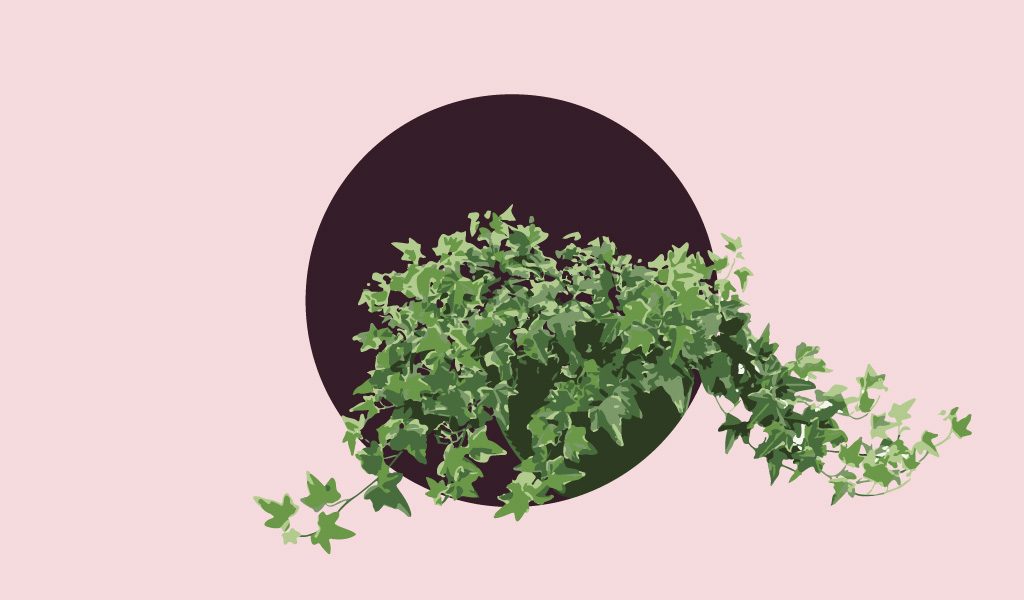 We all know this can be a pretty invasive plant outdoors. However, indoors it’s much easier to maintain. It purifies benzene, formaldehyde, and trichloroethylene and tops the list of NASA’s most purifying indoor plant.

It needs a bit more attention than the above-mentioned plants and it does best with water every 2/3 days and less in winter. Or alternatively, you can hang it in the bathroom and it will naturally get moister due to showering. And then if you forget to water it there won’t be such a drama.

As it’s toxic to animals, you can definitely opt for a hanging version of the plant. Interior design score +1! 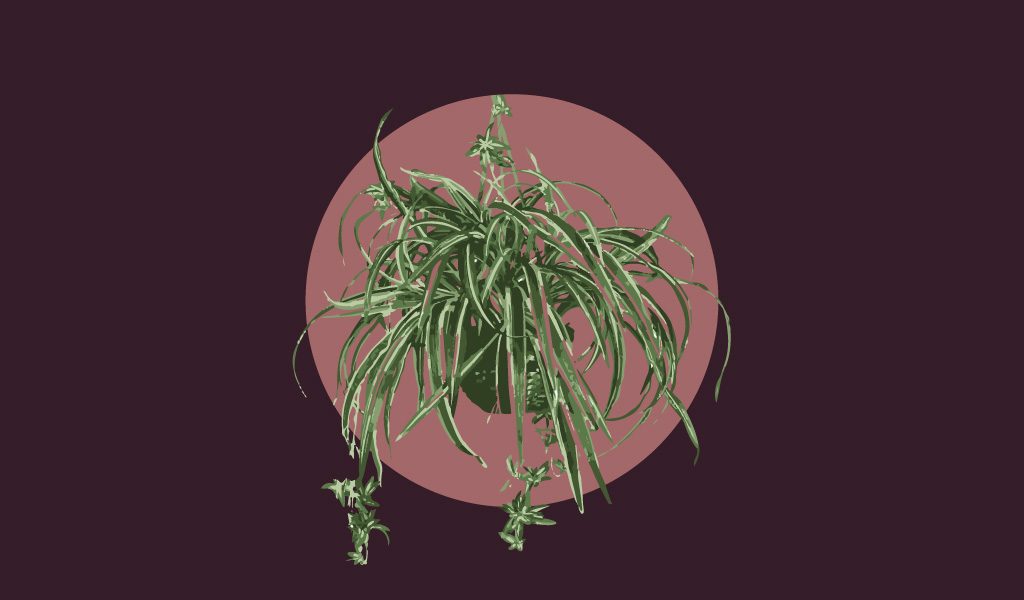 Just like English Ivy, Spider plants are another one of those plants that do well in bathrooms. I don’t know about you, but I adore green bathrooms. Creating the inside-outside vibes, my true Jane reveals itself.

But it’s also great elsewhere in the house. Like all the plants on this list, it’s also mentioned on NASA’s list of air purifying plants, but to grant this one an extra prize: it’s non-toxic to cats and dogs!

Water when the top half of soil is dry to the touch. But it won’t get mad at you for skipping a week (or two). It loves sunlight but will continue growing in less sunny areas, though the leaves might get a bit less bright. 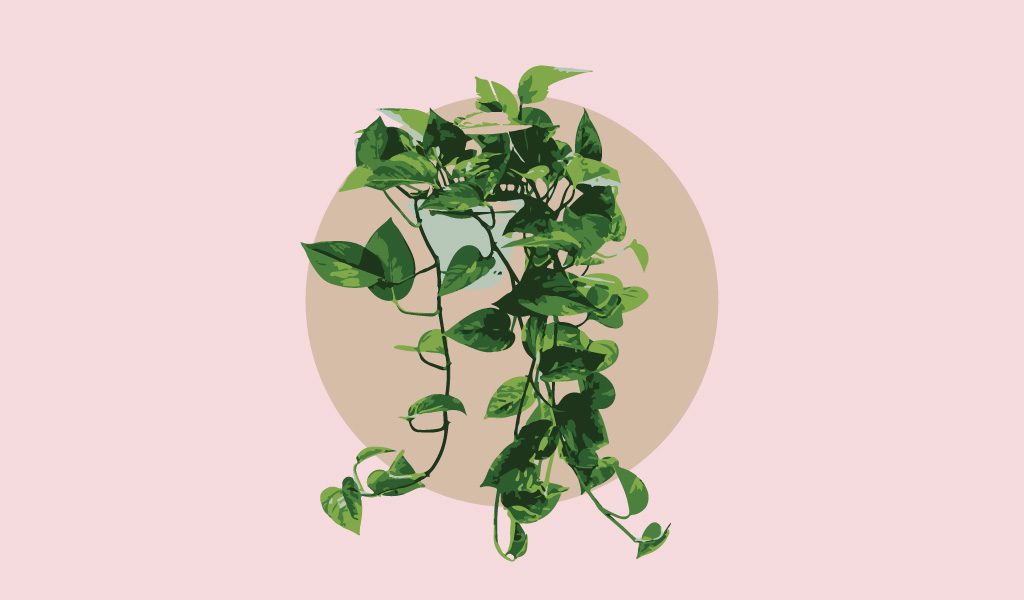 Another classic example of a low maintenance plant.

It is often used in decorative displays in shopping centers and other public locations because it requires little care and is also attractively leafy. Even its name is derived from its character to be hard to kill… Devil’s Ivy.

It’s not fussy at all and can thrive in both bright sunlight or dim lighting inside your home. The only lighting conditions it can’t tolerate are full, direct sun and complete darkness. 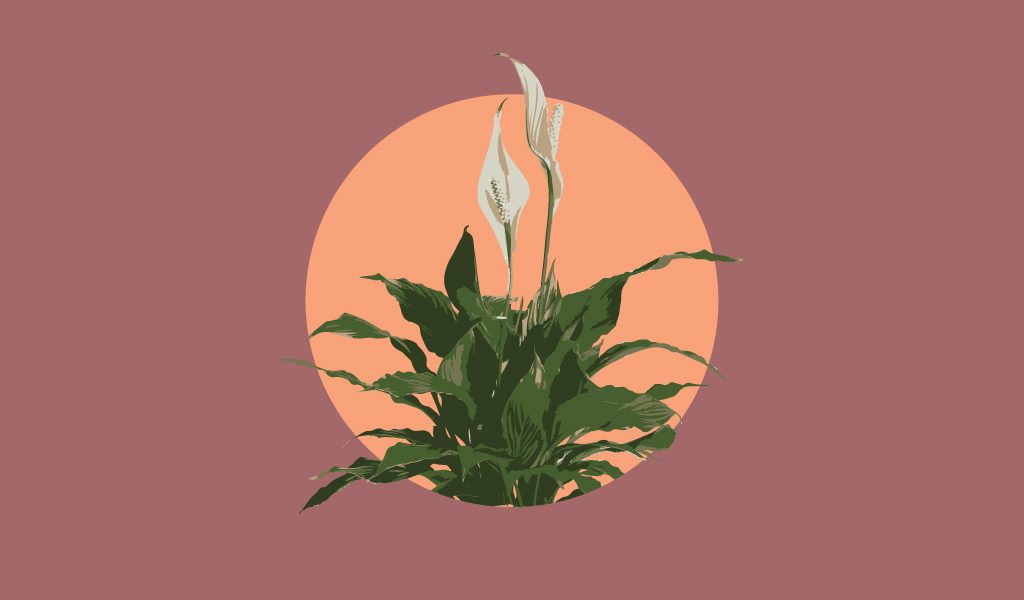 From the Devil’s Ivy to Peace lily, how ironic.

Anyways, living in a subtropical climate means also dealing with a lot of humidity. And humidity equals mold. And you know what? The peace lily specializes in the removal of mold spores. Heaven, right?

And the flowers make it look so pretty too! And it removes benzene, formaldehyde, trichloroethylene and even ammonia. Yay, yay and yay!

Be warned: toxic to animals! 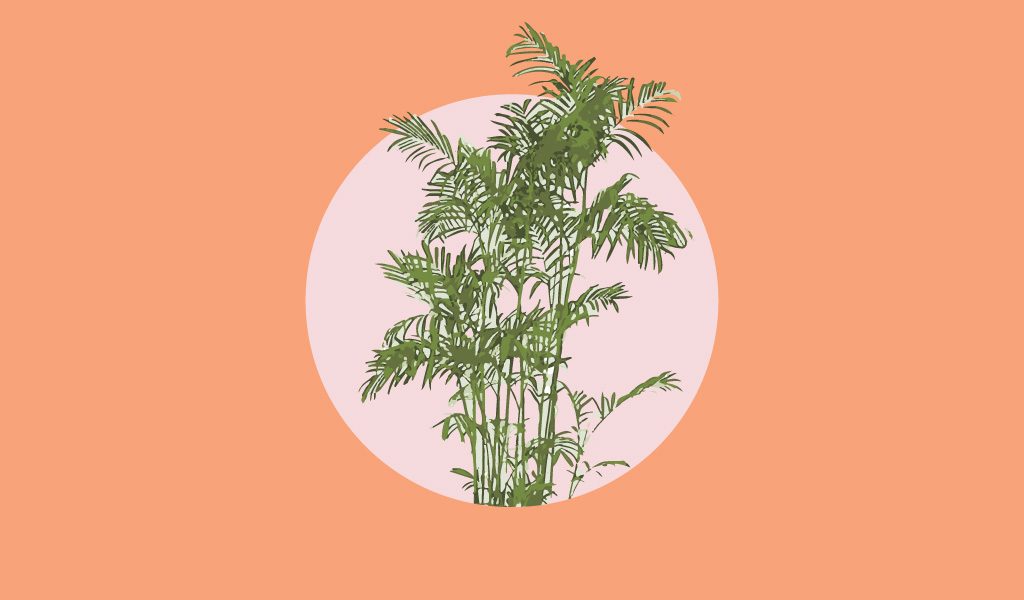 A great addition to your interior space, it blooms beautifully in height and really makes it easy for you to connect with nature whilst being inside.

Say hi to another low-maintenance plant that grows well in low-light situations. And bye-bye to benzene, trichloroethylene, and formaldehyde. And guess what, it’s non-toxic for our furry friends! 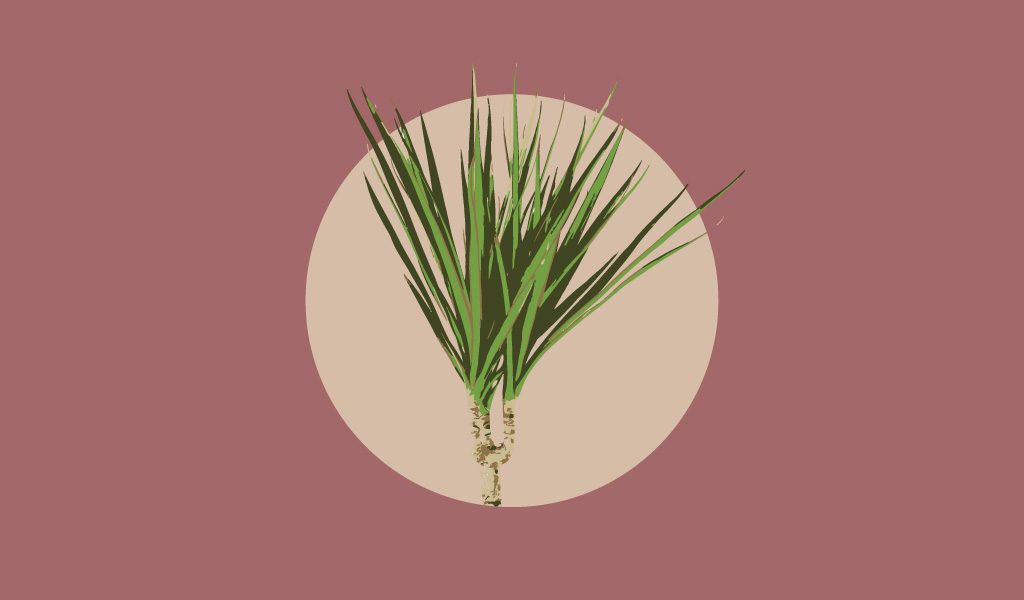 Bright indirect sunlight and water it only once the topsoil feels dry and you are ready to go. The dragon tree looks beautiful but it’s also effective due to its purifying qualities. The dracaena is just like the bamboo plant an eye-catcher and will make every room bloom!

Which one is your favorite? 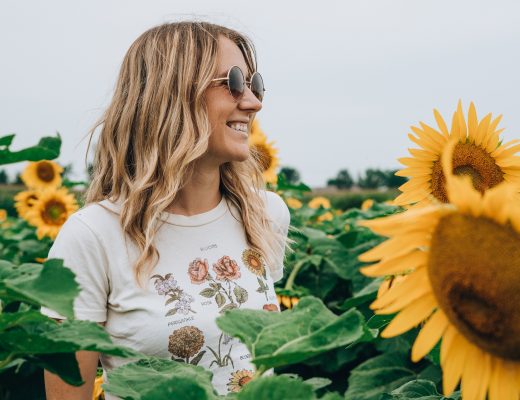 How to beat low energy levels as a Highly Sensitive Person? Practical Tips! 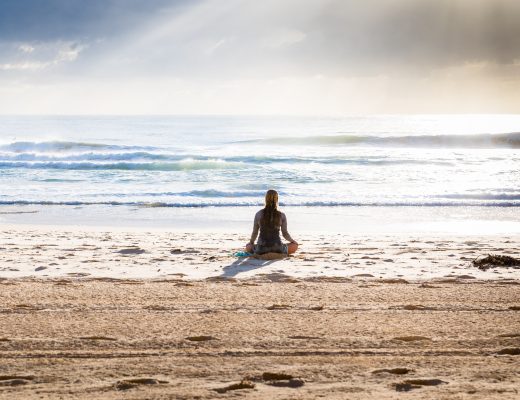 The System of Self-Care: the 7 Pillars to Serenity 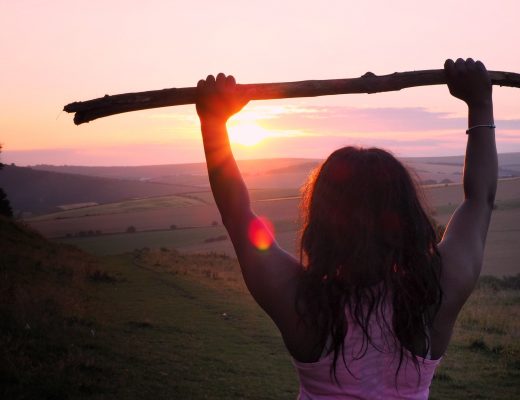 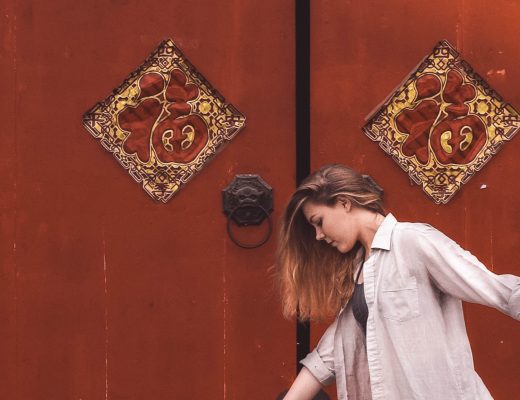 8 Dance Quotes That Get Everybody Moving 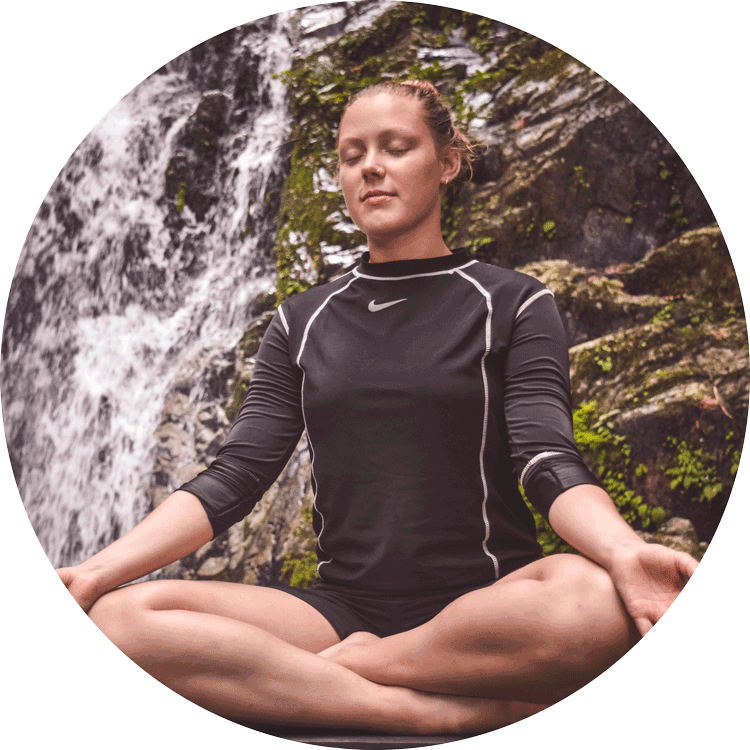 A free-spirited husky mom who loves to dance, travel and explore the depths of life. NomadSoulzz is her home where she shares thoughts, inspiration, and motivation for living healthy as a nomad. Loves yoga, the sun, flowers, and her soul partner. Fuels herself with coffee, kisses and cat cuddles. WELCOME to the NMSZ tribe ♥

Awesome-sauce! You have successfully subscribed to a lighter life! Please check you Junk/Spam folder if you can't find us in your Inbox. Don't forget to add us to your contacts to never miss an update! 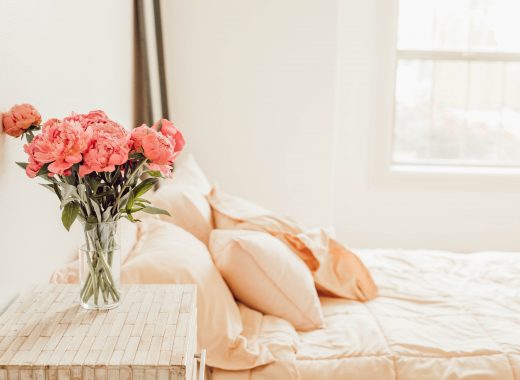 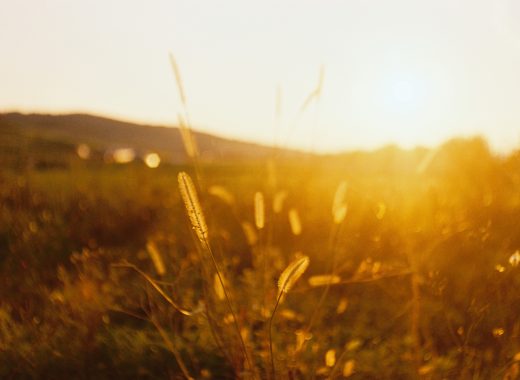 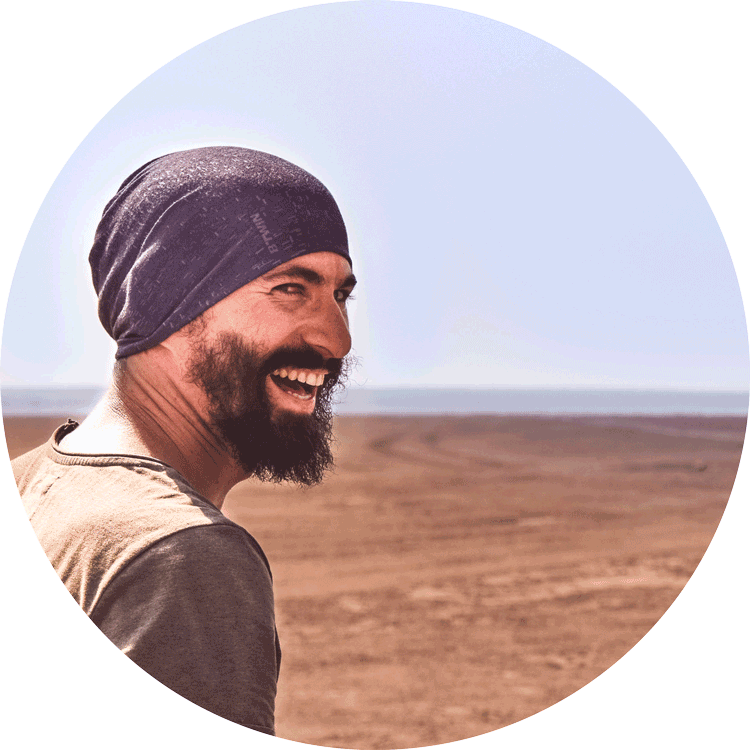 A mindful husky dad dedicated to making the seemingly impossible, possible! Animal lover, gadget freak and motorcycle maniac, he is always on the look-out for new and exciting opportunities to spice up life. There is nothing too challenging for Liam once he sets his mind to it. A nomad soul to the bone. Always says yes to avocado toast and cold brewed coffee. Will you join our tribe?

Made with in Nanning, China.